Thanks to American Idol and The Voice, my son has discovered cleavage.

Yes, my (now) 10-year-old son who misses nothing — has noticed that the women on these shows like to show off their ‘chest crack’ (the phrase he was using).

First there was Christina Aguilera on The Voice. Check out the outfit on National TV. 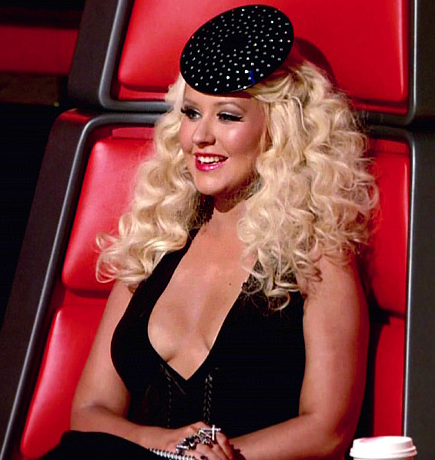 After you get past the stupid hat, you almost can’t miss the neck line. I know my son didn’t.

Next there was Nicki Manaj 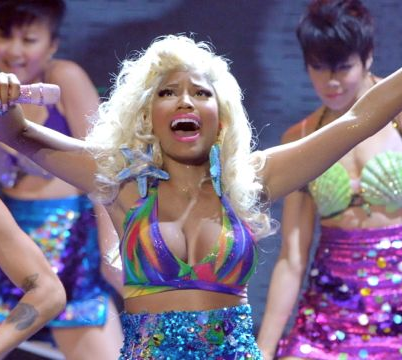 17 million people watched this episode – include the very same 10-year-old. And thanks to the wonder of DVR – he’s watched her almost have a wardrobe malfunction more than once. In fact, we got so tired of hearing him talk about her ‘chest crack’ we decided to teach him the word ‘cleavage’ — which isn’t the usual thing we teach our son — so at least if he was going to talk about it, he’d use the correct terminology.

When did it become OK to dress like a stripper on national TV? I thought Janet Jackson and Justin Timberlake ended that years ago. When did American Idol – the king of middle America decide to let it all hang out? Am I over reacting? I don’t think so. But I’d love to hear your thoughts. Please fill out the poll below. I’ll let you know how much ‘chest crack’ I see on this week’s episodes.

2 thoughts on “Cleavage and Crack Are not the same thing”